Each of the participants in the inaugural Women’s Sport Leadership Academy for High Performance Coaches (WSLA HPC) has their own reason for pushing themselves forward.

For many the lure was career progression and the opportunity to learn alongside some of the brightest female coaches in rugby, cycling, rowing, tennis, triathlon and wrestling.

That was certainly a factor in Filoi Eneliko’s decision to apply but there is another, arguably more altruistic, motive – the Samoan wants to provide a voice for women in the Pacific who might not believe that rugby is open to them.

“I believe in myself that I can take up the challenge,” Eneliko told World Rugby. “But also I just wanted to stand up and speak up as a female coach in a male-dominant sport, not only in my country but also throughout the Pacific.

“If boys and men can do it, girls and women also can. So, yes, that’s why I want to help my country in delivering achievable pathways in future for the young generations of Samoa.

“And I want to gain more knowledge about coaching at a high level of rugby.”

Eneliko, who works for the Samoa Rugby Union as a Get Into Rugby (GIR) coordinator, believes that it is still “the culture and also the mindset here that rugby is for boys not girls”.

The former Samoa sevens captain and 15s international has experienced those attitudes first hand. Eneliko first encountered rugby aged eight, when she started watching the game with her father, uncles and cousins.

She was first called up to a Manusina training squad in 2000, while still at school, although she had to wait seven years to win her first cap. Eneliko went on to represent her country with pride between 2007-15, when she hung up her playing boots following the Hong Kong women’s sevens invitational event.

Eneliko is also Samoa’s most-capped women’s touch player but her achievements on the pitch counted for little with her male peers during her time as First XV head coach at St Joseph’s College.

But at the final whistle the head coach of the runners-up refused to shake her hand and instead sought out her male assistants.

“A big challenge for me at that time were the male coaches looking at me as the only female coach there,” Eneliko explained.

For Eneliko, the incident did not impact on how she celebrated her achievement but it is an anecdote that perfectly encapsulates the attitudes she is working to change.

“The only sad thing about it is I am the one who is keeping up the values of the game and trying to lead by example with players,” she added.

In her GIR role Eneliko travels around Samoa educating future coaches as she attempts to promote rugby as a viable option for girls in primary and secondary school.

She also coaches a touch team which acts as a feeder for the women’s sevens team that she manages. In all three instances, Eneliko says she has already implemented methods and lessons learned through the WSLA HPC.

But it is not only players that she wants to reach out to. Eneliko believes that rugby offers as many opportunities for women off the field as it does on it.

“There’s lots of potential in women’s rugby here, we have the talent but we need more time to focus on developing, not only the players but we are trying to get more girls involved in the game in all different areas,” she said.

“Like coaches, referees, administrators, physiotherapists, players and all those other kind of interests. 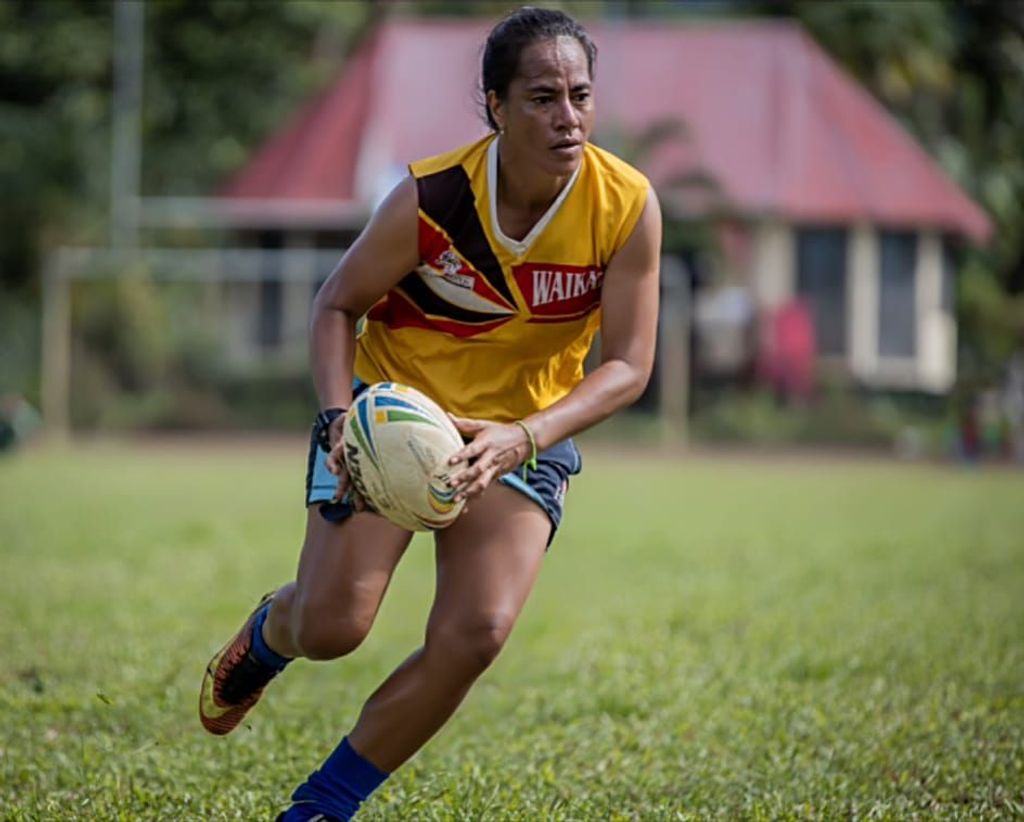 “And there is a pathway now for women’s rugby in Samoa, starting from our Get Into Rugby programme for [the] primary school, secondary school level and we are trying to get more secondary schools to form girls’ teams because they normally only have boys’ teams.

“So, with our Get Into Rugby programme we are focusing on promoting and getting more girls’ teams at secondary school level to participate in rugby, which will increase more women to feed our club level and then enough numbers to select our national teams.”

Eneliko travelled to Europe as an assistant coach when Samoa’s women made their third, and most recent, Rugby World Cup appearance in France in 2014.

Manusina are yet to qualify for a Rugby World Cup Sevens and were beaten to the Oceania regional place at the Olympics Games in Rio four years ago by Fiji.

Samoa will contest the Olympic Games repechage tournament and Eneliko is confident that her countrywomen can book their ticket for Tokyo 2020.

“My hope for Samoa is to qualify for the next Olympics and also to be the number one in Oceania,” she said.

Beyond that Eneliko believes that more competitions are needed in the Pacific, to help players get used to the rigours of international rugby.

“I want to get more and more competitions for women to participate in so that when the Olympics and all those bigger tournaments come [around] we have more game time and we have enough depth to select teams to participate,” she said.

“Because at the moment all we have for sevens is just one tournament a year, that’s the Oceania [Rugby Women’s Sevens Championship], that’s it – and then the Pacific Games every four years.

“Fijiana going to Australia and playing their 15s warm-up games for the World Cup, that’s a really good initiative and I want to get more initiatives like that around the Pacific.

“We need to travel around the Pacific maybe twice a year or three times a year to make them feel confident that when the big calling’s coming, they’re all ready.”